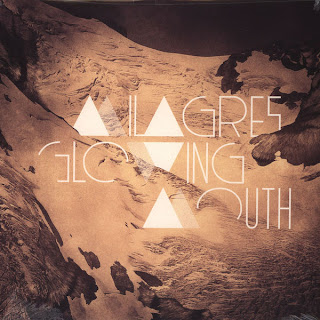 Let me preface this review by saying that I have never written a musical review before, nor I do really read musical reviews. I am, however, always downloading new music and searching for new bands that I can enjoy. By doing so, I'd like to think that I have developed somewhat of a decent taste when it comes to quality music. Therefore, my goal is to simply bring these albums to light, while sharing in "layman's terms" as to why I think this band and/or album may be listenable. So, let's give this a shot.

Anyway, I have no idea what "Milagres" means. If anything, it actually sounds like a Spanish term. Maybe it is; who knows. However, upon my initial listen, I was instantly reminded of My Morning Jacket. Lead vocalist Kyle Wilson has a very melodic tone, not unlike Jim James, and is able to hit the high notes and low notes with ease. He doesn't try to outshine the music, rather, he uses his voice as a tool, and you almost forget it's there, as you allow yourself to be pulled into the smooth sounding docile tones.

Some songs did speed up a bit, and my favorite track, "Gentle Beast" sounded like it could easily have been a song by Arcade Fire. In fact, if I listened to it for the first time, and you told me it was Arcade Fire, I'd have believed you without question.

I like to judge an album by generally placing them in two categories: the first being, is this music I can listen to in any context, whether I'm at work, on a train, or just have five minutes to spare, and could only pick one song to listen to in my entire iPod?

Or is it simply good background noise, meaning that it's not my first choice, but if it were to be on while I was doing another activity, I would enjoy it.

Milagres' Glowing Mouth definitely falls into the first category. I've listened to the album a few times now, and I enjoy it more with each subsequent listen. The entire album flows smoothly, does not let up, and if anything, gains a little more traction during track 8 (of 10), "Gone," which I'd classify as my second favorite song on the album.

Despite the earlier references, I don't mean to compare Milagres with My Morning Jacket and Arcade Fire, however, if you're a fan of the latter two, then I truly believe you will enjoy Glowing Mouth. Or if you're just a fan of quality, clean, indie rock, then I highly advise that you give it a shot.

~ Review by Ddubbs
Posted by Beyond the Credits at 4:35 PM